Cloud computing has opened up a new world of possibilities for ordinary users to enjoy ready access to a multitude of services.

With the evolution of the public cloud, anyone with minimal resources can experiment with ideas and services that can change the way daily tasks are performed.

Here’s our pick of game changing advantages delivered by cloud-based IT solutions:

The time required to implement an idea and market it is reducing dramatically. With the power of public cloud, it’s now easy to write an application that can access and analyse petabytes of data, terabytes of memory and hundreds of CPU cores almost instantly.

As a result, entrepreneurs don’t need to shelve those ideas that once had excessive implementation costs and time overheads.  Therefore we see an increase in the number of products and services.

WhatsApp, Spotify, and Uber are some of the successful start-ups that have used the power of cloud computing to their advantage and dramatically shortened time to market.

The Internet of Things

Not just a buzzword, the term IoT (Internet of things) describes the collection of information from vast numbers of sensors installed in machines, animals and humans. These sensors range from temperature monitors, to heart sensors, motion detectors and many others. By capturing information without human interaction, raw data is produced which, when analysed, delivers insights, measurements and knowledge never before possible. It’s the power to know more and access it easily thanks to cloud-based IT services.

The Internet of Things in Practice

Public cloud-based IT services are enabling the use of IoT and fast-tracking the achievement phase. With a few clicks, we can perform actions on the other side of the world, based on information collected.

For example, Australia start-up “LIFX” has light bulbs you can change the colour of from your smartphone. You can also connect into other smart devices, like your tablet, to access your lights.

Another example is BMW’s ConnectedDrive that uses a multitude of sensors in their cars to detect driver behaviour and analyse road information to adjust its displays accordingly. Cloud-based IT services have drastically changed how we do everything and are even beginning to learn from our behaviours in an effort to mimic and adjust them.

The use of streaming media has increased over the past 5 years. The growth of Netflix in Australia is a great example of how powerful the streaming business has become. Since its launch at the end of March 2015, Netflix AU estimated that they had reached over 2.7 million Australians in January 2016.

This is made all the more amazing by the fact that Netflix hosts everything it uses for its streaming service in Amazon’s Web Services infrastructure. The company also managed to reach over 10% of the population, without owning a local television station or employing a single person in Australia.

On-demand public cloud-based IT services makes all this possible with streamlined processes and massive analytical computing power without the price tag.

In the past, we had theories about services/products customers might like or buy. Then came modelling, where collected data was used to model user behaviour to anticipate buyer purchasing decisions. With the cost-effective computer power of public cloud, we can now start using facts to decide what the end user will buy or consume.

Even industries like airlines are investing an analytics companies to drive greater returns. Qantas created a firm called Red Planet that works with other larger businesses such as ANZ and Avis to target online and offline behaviour of their customers and overlay that with social media activity and their own research.

Cloud computing is changing the way we live and do business. The biggest advantages are the power to scale while keeping costs down, and the ‘pay-as-you go’ model. The constraints of hardware are no longer an obstacle to building applications. This allows the freedom to build applications unfettered by traditional limitations. The innovation in cloud-based IT and software is exponential and what we think is impossible today will be a reality tomorrow. 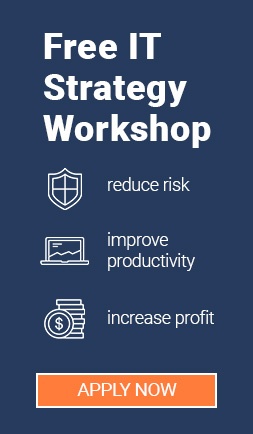